Covid -19 We are still open as we are an essential service. We are taking all necessary hygiene precautions to protect our customers and staff

Automatic Electric & Driveway gates are nowadays a necessary addition to almost everyone who wants to protect his family or business property. These gates accompany their owners for many years. However, like any other electrical device, an Automatic Gate Repair too can have many malfunctions.  Purchasing a gate from a reliable company with a complete warranty will give you an address to contact when an issue arises.

As soon as the problem appears in the gate, it is recommended that you immediately contact the company’s service department and ask them to troubleshoot the problem. It may be a very little technical glitch that can be caused by an incorrect activation of the gate, or a complex malfunction that would require repair of spare parts and a technician visit.

Get a Instant Quote 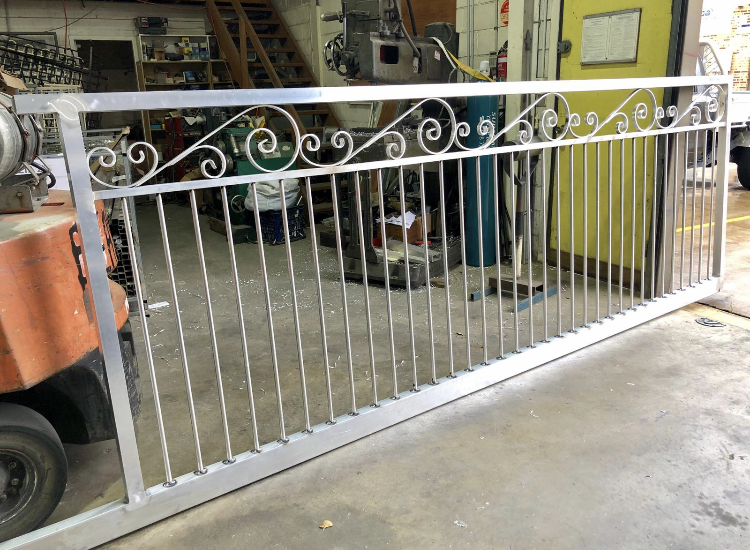 Proper maintenance of Electric Driveway gates is very important just like any other electric device as it is based on early diagnosis of malfunctions. As soon as there is an instance or a glance at the first diagnosis of improper activity, taking care of any malfunction must be the very first priority. A quick response can actually reduce the damage done and also lessen financial expenditure. In order to assist the gate owners with an initial diagnosis of whatever malfunctions can happen, we present details about almost all the common problems that may occur for electric gate owners.

Problems with Electric Gates and How to Fix Them:

The electric gate mechanism that operates the gate is actually one of its weak points. Most of the problems in activating the gates actually originate in the electrical engine’s failures. It is important to note and keep in mind that the engine has a certain maximum lifetime, after 10 years of daily activity and regular use, the natural wear-off disrupts the engine’s activity.

Engine malfunctions truly requires a professional who is well acquainted and thus is familiar with the mechanism. Modern motors can be repaired when it comes to old engines, the only solution that will be based in most cases on replacing the old engine with a new engine.

Garden lizards and ants usually are a common issue which prevents an automatic gate or a driveway gate from opening/ closing.

They actually like to hide in warm places very much that as the photo safety sensors and/ or control boxes, so you should be aware and also make sure you check these areas in a timely manner. Simply the trick to overcome this is to use a soft dry cloth to gently clean them away.

Electric gates and automatic gates are the most commonly used gates used for domestic as well as for commercial use. Sticks, stones, leaves are few such obstructions that could cause the gate to stick, and thus keep the motor not work initially from working smoothly, simple trick to handle automatic gate repair is a garden broom which will do the trick in removing them.

When the electric gate is not opened or by chance not closed properly, it may be a glitch in the Command board of it and to the operation. Fixing the problem is basically based on the technician’s familiarity that how familiar he is with the control Panel and its common problems. In such cases where the existing board is reparable can be repaired, but in cases where it cannot be repaired it will be required to replace the board.

If you haven’t been able to pinpoint the actual reason or the problem behind your electric gate’s problems and repair, and you live in Sydney, give us a call at 0490533445 or email us at info@sydneyautomatedgates.com.au  We’re here to help you get all that your Electric Gate Repair requires and also bring back in working order so you can enjoy and be relaxed in safety and security!

We are always happy to provide a free quote and help out with any questions you may have regarding access control, safety and security obligations.